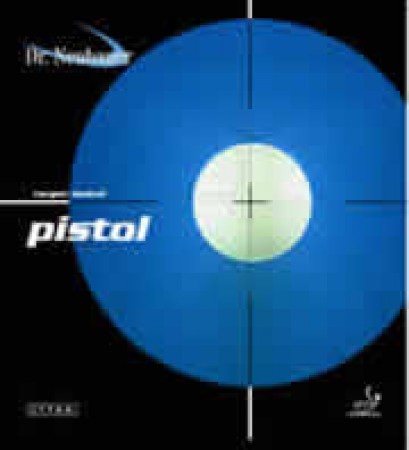 Thanks to a new production technique, PISTOL is much faster and powerful than traditional short pimpled rubbers, even without the use of speed glue.

You can reach an enormous amount of speed with a short and fast stroke.

Moreover the rubber produces a decisive disturbing effect since the ball is very flat and “falls down” while blocking or hitting.

With PISTOL you can hit very hard on chopped balls and even on slow topspins, it even enables fast counter-spinning over the table against topspin.

Despite its extreme speed PISTOL also offers an astonishing control that provides an optimal feeling at all times for both passive and aggressive strokes.