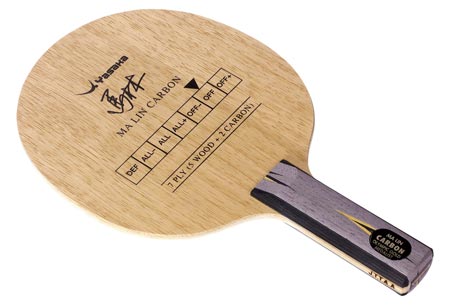 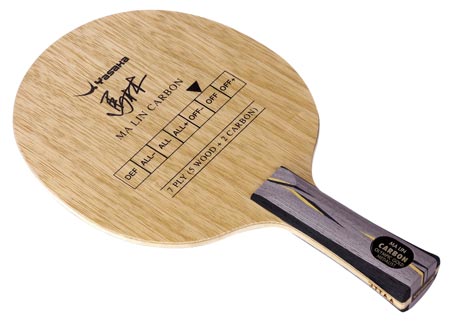 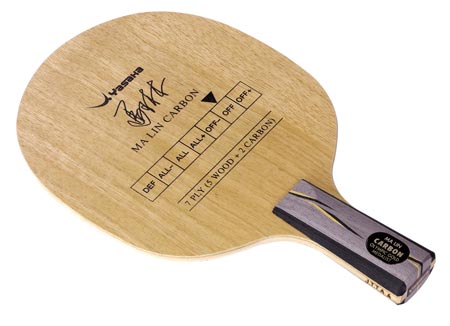 Ma Lin is also the most successful player in the World Cup.

The Ma Lin Carbon is the blade currently used by MA Lin,who appreciates the ease with which the blade can block and loop with great power.

Making a table tennis blade is a craft.
A skilled blade maker must be able to combine the various types of wood optimally, work the materials without losing the properties of the wood, ensure perfect accuracy in the tiniest details and possess a "feel" for wood.

This craft should be combined with modern knowledge to be able to develop blades of the absolute highest standards.
YASAKA's blades are the result of collaboration between professionals: the blade maker and the most experienced players and coaches in the world.

All YASAKA blades are developed and produced in Sweden, by an experienced, highly motivated and quality-conscious workforce, operating in facilities equipped with the latest wood processing machines.

The Yasaka player, Ma Lin has regained the number 1 position in the ITTF world ranking.

Ma Lin has played in 4 of this years Pro Tour tournaments and he is now the leader in the battle for points.

In February Ma Lin won the Qatar Open and was runner up in the Kuwait Open.
Ma Lin is also the most successful player in the World Cup.

In October 2006 Ma Lin captured his fourth victory in this prestigious event. No other player has ever won the World Cup more than twice.
In 1998 Ma Lin first entered the 'top ten' in the World Ranking, and since then has been among the real World Class players.

As a Junior Ma Lin chose to play with a Yasaka blade. With the Yasaka Extra he found a blade not only with enough speed and power, but also with good ball 'feel',so important in returns and blocks.Together with the Yasaka technicians Ma Lin worked to develop the Ma Lin Carbon blade.